No, I haven't been crafting away with a newborn in the house!

I started working on this wee toy a week past Friday, as I approached the end of my 39th week of pregnancy. I had seen a similar toy on Pinterest, but with a froggy head, and had thought about making that at first. When I went to buy the wool I couldn't find any greens that were soft enough but I did find this lovely soft self patterning tweedy wool. I bought that instead and decided to try for a bear head instead of a frog. 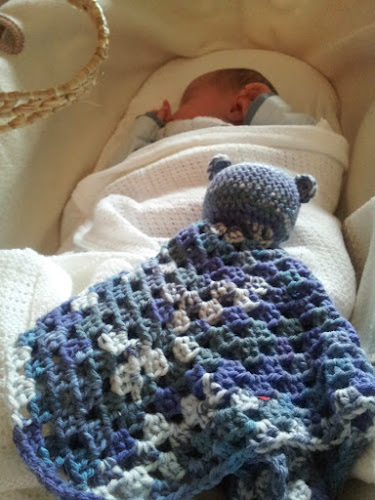 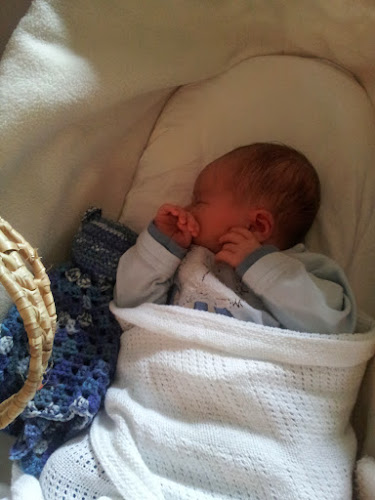 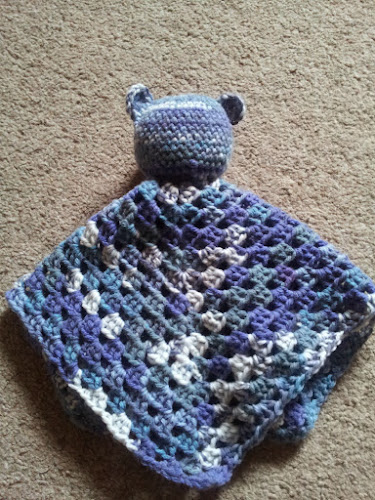 I didn't follow a pattern but the toy is just a basic granny square with a stuffed circle shape sewn in the middle.
I made up the square to the size I was happy with and then worked up a head shape that was in proportion. Then all it needed was some little ears. 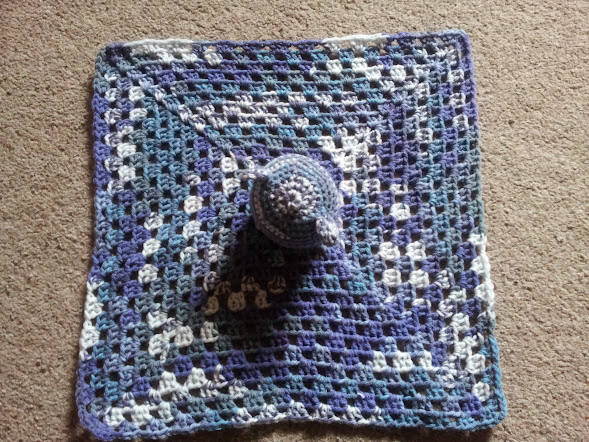 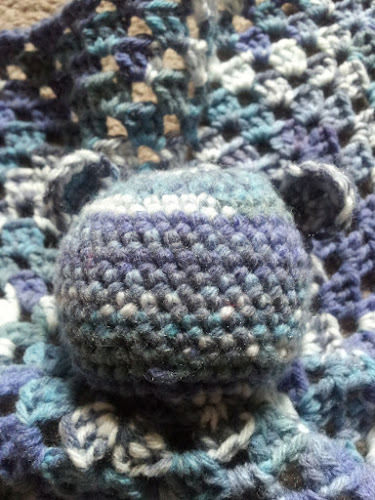 Once the ears were on James suggested that maybe it didn't need eyes, nose and mouth sewn on. This was on the Saturday evening. I decided to leave the facial features until Monday as something else needed done at the time.

I didn't expect that the little man would be making his appearance on the Monday! Still, I'm glad that I got it mostly finished before he arrived. The features can be added later, if at all!

And here's one more photo of the man himself, being photobombed by his next oldest brother! 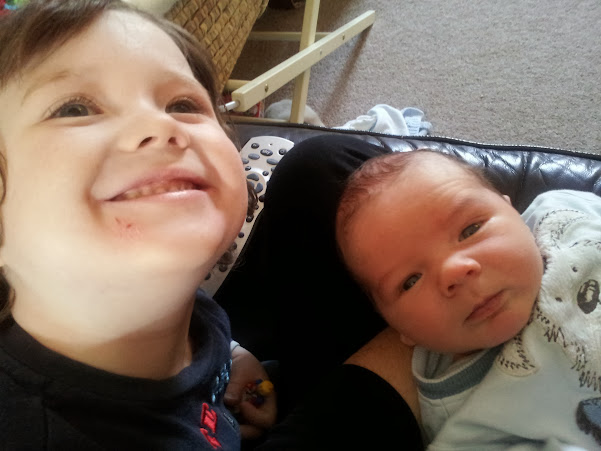 Thanks for all the messages of congratulations. He has settled in quite nicely and I'm taking things nice and easy still. Being a typical boy he likes to spend most of his time feeding. The longest he has gone between feeds so far is about 2 1/2 hours so I am still pretty tired, but these early days are so precious and so fast that I don't mind all those chances to snuggle him one bit. I try and remind myself that at 4am anyway, especially when I have only been asleep since 2.30am!

Oh, and the Henry VIII comment, for those who asked, was one I shared on the housefulofboys Facebook page when I shared the link to the post. The midwife at the hospital said to me that if I had been Henry VIII's wife my head would have been quite safe!

Email ThisBlogThis!Share to TwitterShare to FacebookShare to Pinterest
Labels: crochet, make it monday