Some of the simple things I've loved this week.

Calum (12) had a history project to do. His class were told to think of a question about anything in history and then to find out what they could to answer their question. Calum decided to use his love of food and his interest in the Second World War to find out more about rationing.

He drew up this poster with the facts he had learned on it... 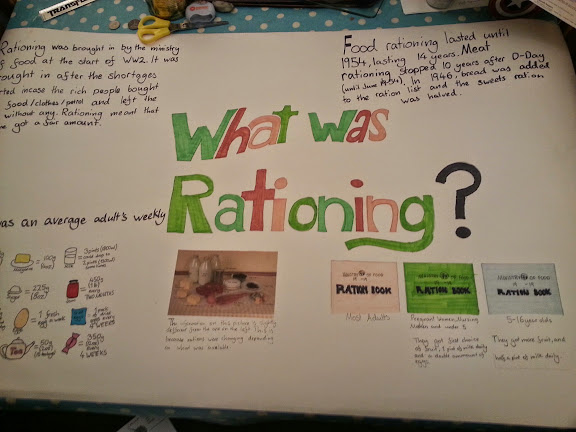 ...and also made up a booklet of war time recipes. 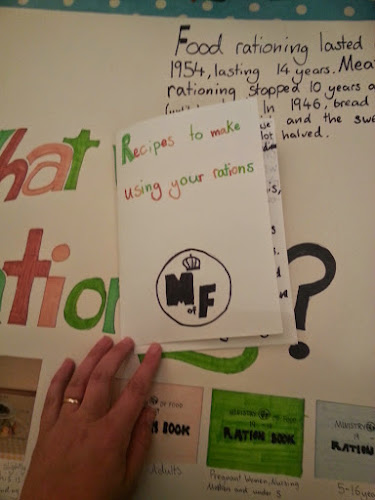 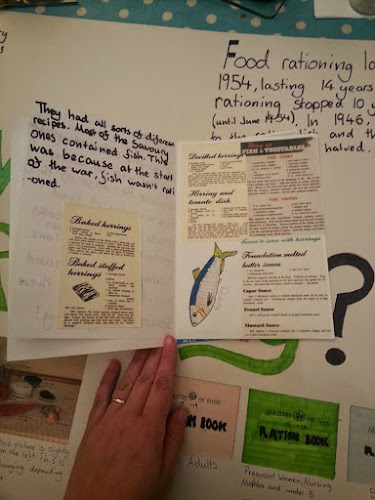 We were chatting about what a week's rations would be like for our family and I suggested how interesting it would be to see how we would get by on them for a week at some point. Calum agreed that he would like to try this, although I'm not sure what all the others would say!
Which leads me on to this. 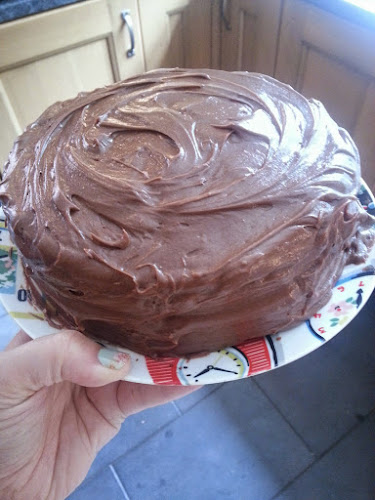 Probably not something we would eat a lot of if we were trying to stick to a war time ration experiment!
It's Nigella's Sour Cream and Chocolate Cake and I fancied making it when I saw we had some sour cream left after having chilli and tacos one night.
It was indeed as good as it looks. And since it wasn't suitable for the allergy boys, well, there was all the more for me. Which perhaps wasn't such a good thing!
David (9) takes great pride in his appearance and always styles his hair each morning. One day he decided to do five year old Ally's for him too. 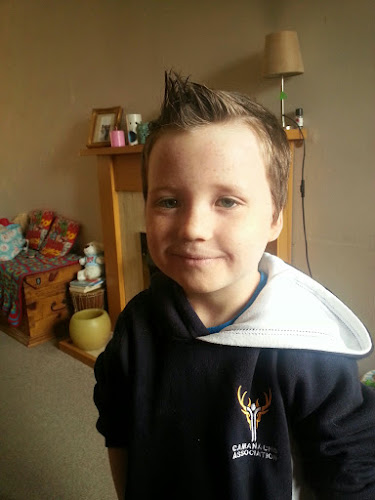 Suddenly he looked so much older! 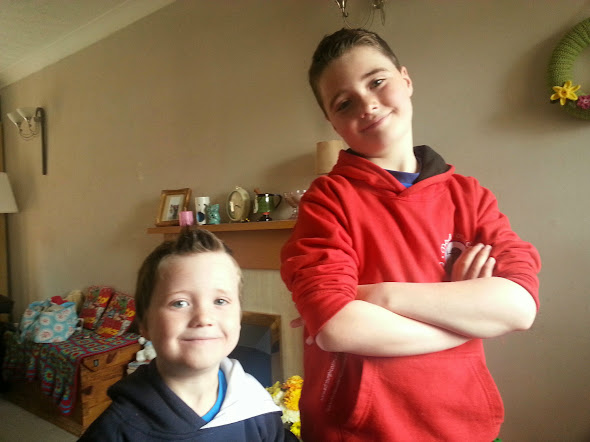 We've enjoyed hot chocolate, cake and juice at the garden centre this week. 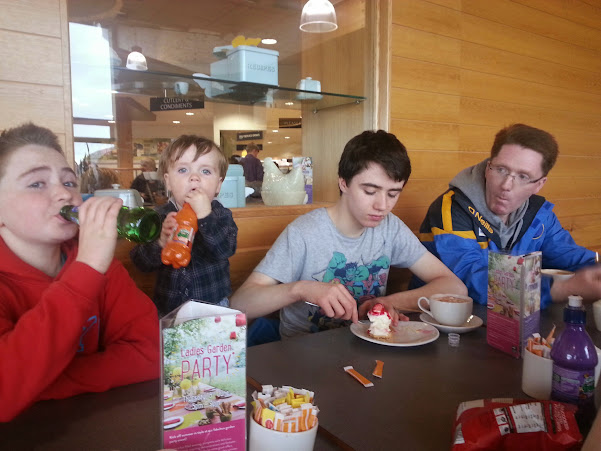 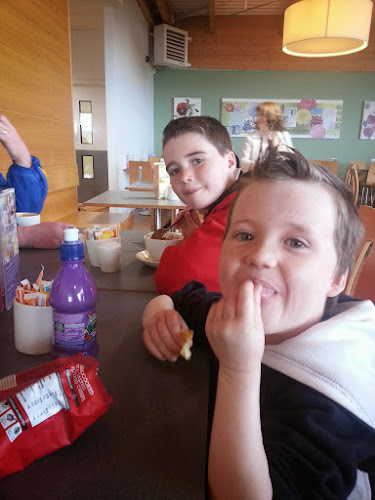 It was a week where our dinner menu included James' favourite homemade steak pie. 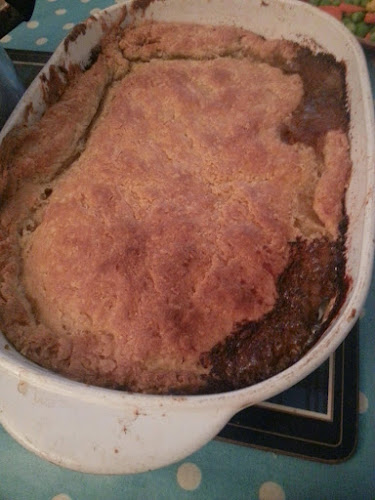 It's been a week where Spring is still keeping away, and where outside play has been grabbed between the rain showers.
David made this train for Ally and Fraser (1) out of the go cart and toy car, then pulled them around in it for ages. 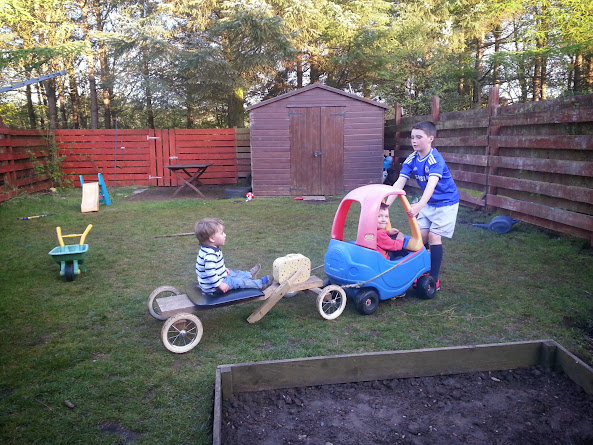 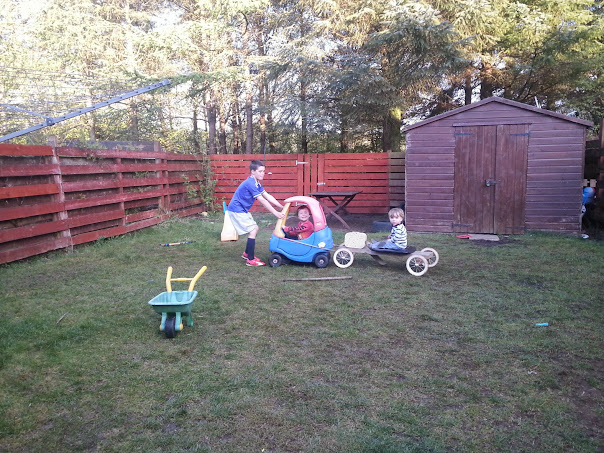 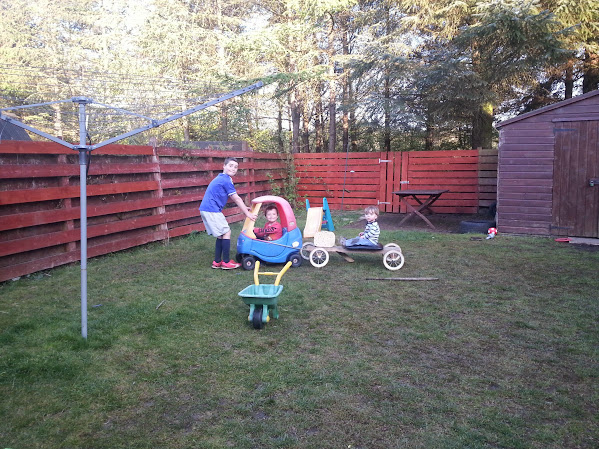 It was a happy new shoe week for me. Red ones, of course. 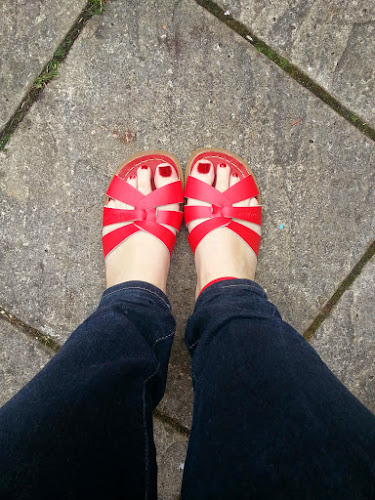 There's been the usual amount of music going on in the house, with Fraser wanting in on the action too! 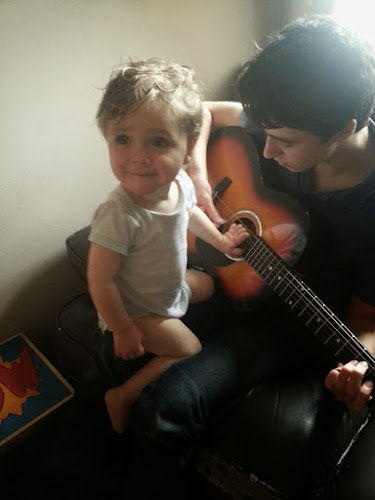 And finally, how could I let this week go by without mentioning this week's General Election results! 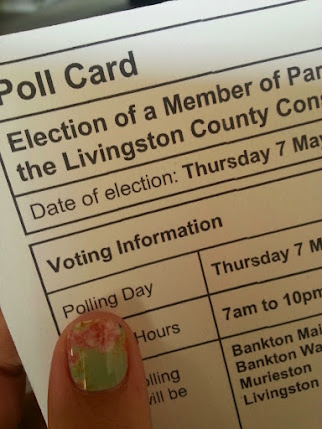 What a result it was, and what a big thing to happen in Scottish politics! I've found myself far more interested in this election than any previous ones (except for the Independence Referendum) and was almost tempted to stay up till all hours last night watching the results come in, alongside my husband who always stays up for them. My sensible head took over and I headed to bed by 1230am while my hubs stayed up until around 5am - he was nice and cosy though, with a certain new crochet blanket wrapped around him!