We are kind of getting into a routine here now.

Fraser is 5 weeks old today and growing so fast! 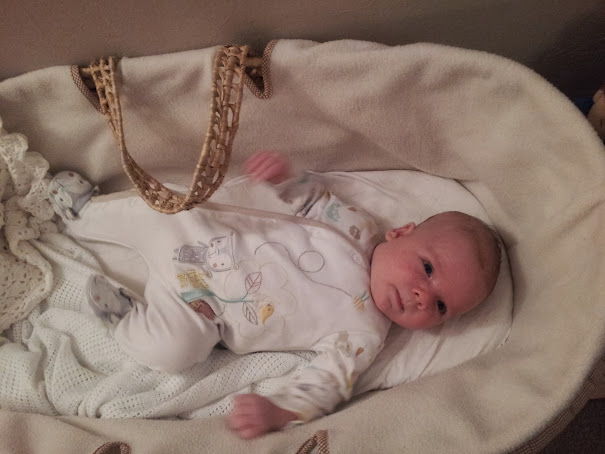 He still looks for a feed every 2 hours or so which is probably why! Still, it gives me an excuse to indulge in a few extra calories each day, and I am so enjoying being able to eat chocolate again after 9 months of hardly being able to look at it.
And feeding a hungry baby meant that it only took two weeks after he was born before my skinny jeans fitted again.

Moving on from the smallest boy to the biggest boy though.
James attended his first Army Cadet camp this weekend. He was only away for two nights and came home absolutely exhausted but he loved it. He also passed his first test to earn his first ranking and so was really pleased. 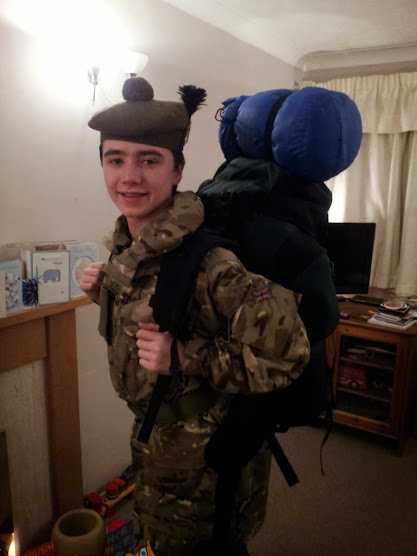 He wasn't the only boy who was busy though. Calum & David went on their first Aunty Anna hillwalk. My husband's sister is an avid hillwalker, usually spending most Saturdays up a hill somewhere. She is also a great photographer. Just look at the photo she took of the two boys at the summit of the hill!
I'm sure it could be used as an advert for the Scottish Tourist Board. Who wouldn't want to come to Scotland after seeing that view?! 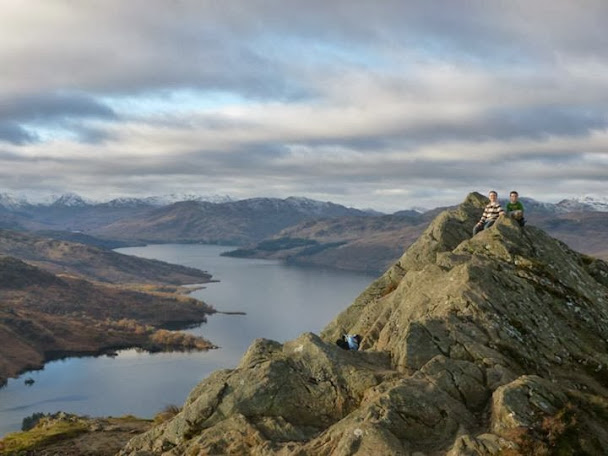 Oh look, another photo of Fraser :) 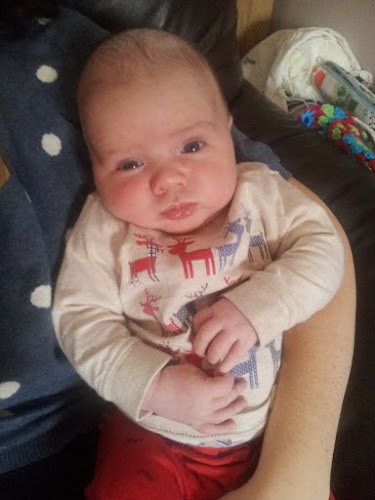 Since it was just me and the youngest two boys at home on Saturday (daddy was at a conference), Alasdair was a little bit lost without his big buddies and so once Fraser went for a wee snooze we made some Christmas biscuits together. 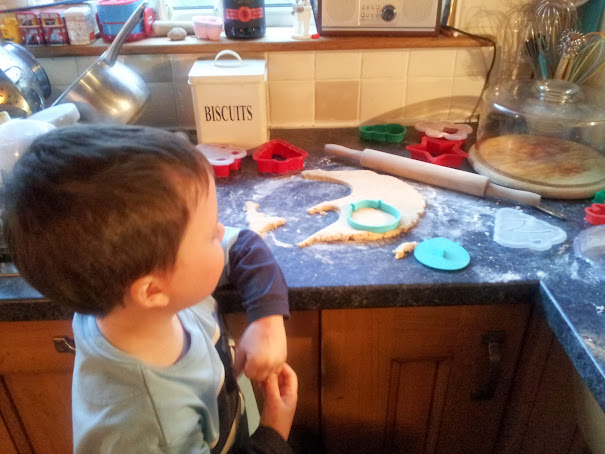 We didn't just make Christmas shapes though. We made one big biscuit especially for Alasdair - Mickey Mouse, who he enjoyed for supper on Saturday evening! 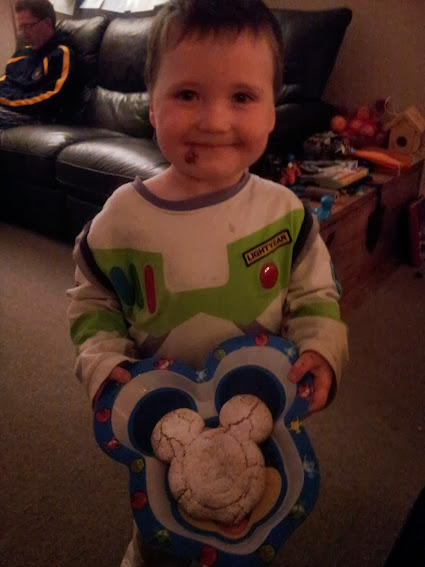 Oh OK, one more photo of Fraser. To make up for the two weeks without a blogpost :)

Each year the boys who are old enough usually take part in the Remembrance Sunday parade with their Boys' Brigade company.

This year our loyalties were tied as James was to take part in a different parade now that he has also joined the Army Cadets.

Originally we had thought that we would all go to watch James' parade, as it is the main one in the town, but the Boys' Brigade leader offered to give Calum and David a lift home from their parade as she was keen for as many as possible to attend their one, leaving us free to watch James in his first Army parade.

I didn't get a great photo of them all before we left, as we were rushing out of the door when I remembered to take one. Once we got home they were out of their uniforms before I had the chance to get another one! 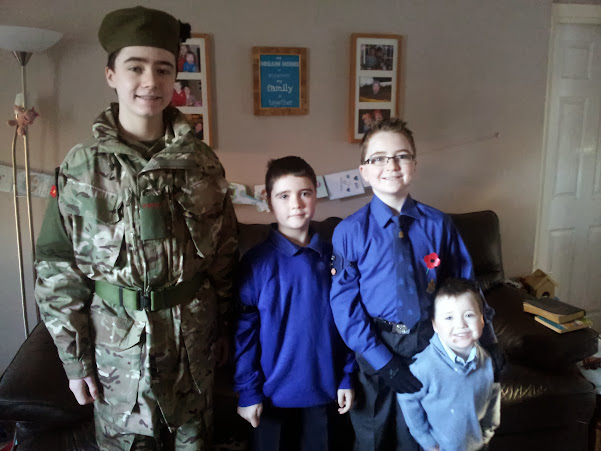 James' parade took place at the town's Civic Centre. When we arrived, the combined school's pipe band were playing and James was one of the cadets handing out poppies and programmes and looking after the veterans. He is one of the cadets on the far left of this photo. 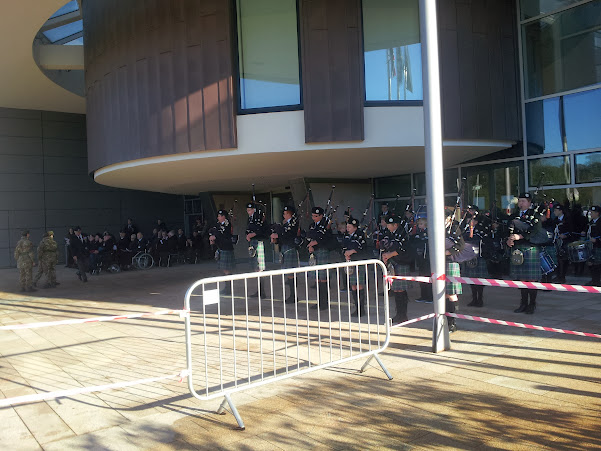 The rest of the cadets were in the parade along with more veterans as well as the air cadets. 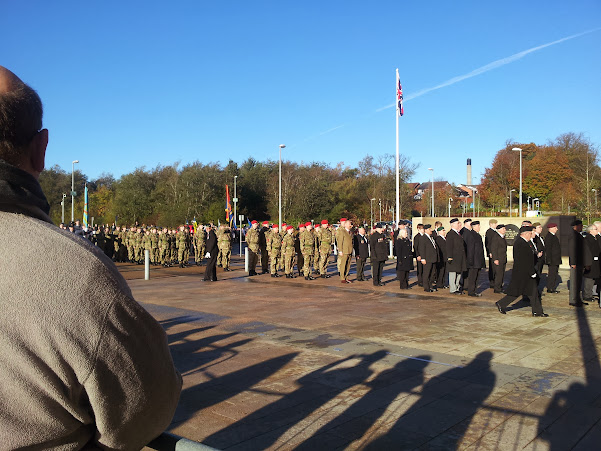 It was a beautiful bright morning but also the coldest, frostiest morning of the autumn so far as well. We were well wrapped up, which was just as well as we were standing in the cold for an hour and a half! My toes were a little numb by the time all the poppy wreaths below were laid down! 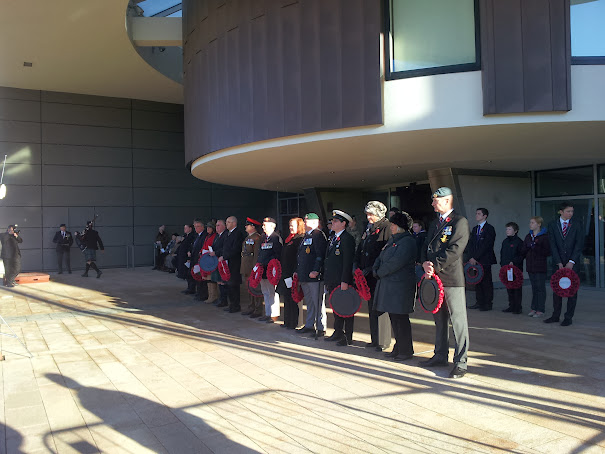 As for Fraser, well, he was snug as a bug in his little snow suit, hat and a couple of blankets and managed to sleep through the whole thing - bagpipes and brass band and everything! 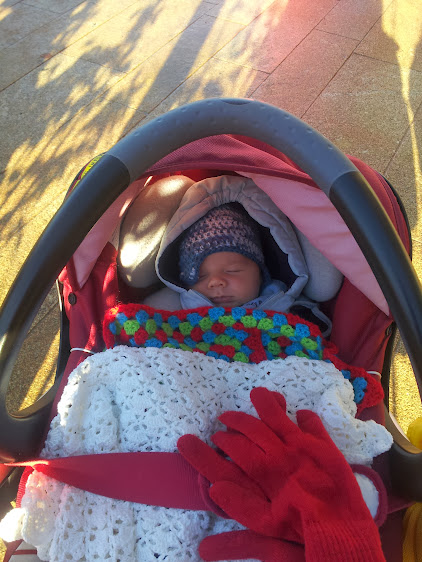 Three favourite snaps of a week

There hasn't been much to blog about in the last week, other than lots of photos of sweet little Fraser!

My days (and nights) consist mostly of feeding, feeding and a bit more feeding! Fraser still feeds every two hours or less but he seems to be thriving on it. The health visitor was amazed when she weighed him last week and discovered he had put on a pound in less than a week. I guess my superpower just now is making milk!

Out of all the photos taken in the last week, these are three of my favourites.

I finally got round to getting a photo of all five boys together, and it didn't take too many shots to get a good one either. 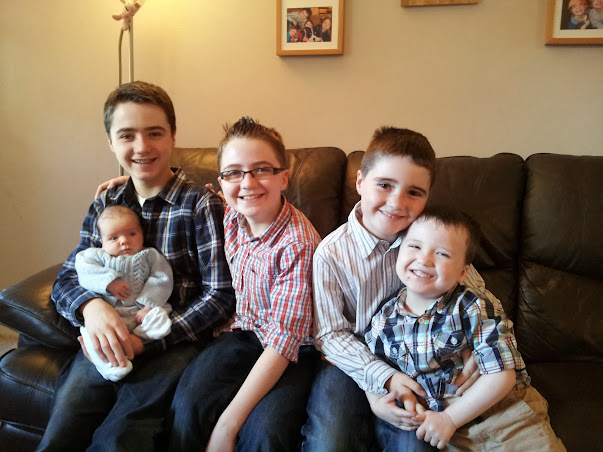 Fraser has been really alert from his very first days. We love to watch his little eyes take in the world around him. 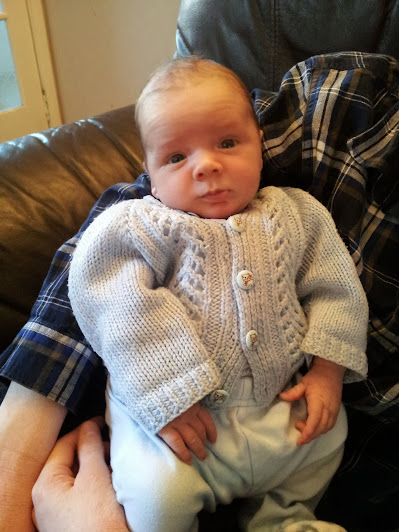 And what is more precious than enjoying all those newborn cuddles?