Last week we were experimenting with a couple of free from Playdough recipes.

Alasdair (5) loves to play with playdough but shop-bought Playdough really irritates the eczema on his hands. Apparently the Playdough brand contains wheat, which must be part of the reason for the irritation, and is also not ideal now that Fraser (1) has started to enjoy discovering Playdough. Not only does the manufactured stuff irritate his hands too, but he is still rather tempted to have a little taste of it here and there!

So homemade has been the better option to suit those sore hands and tempted taste buds.

The first recipe we tried out was pleasant enough.

Food colouring of your choice 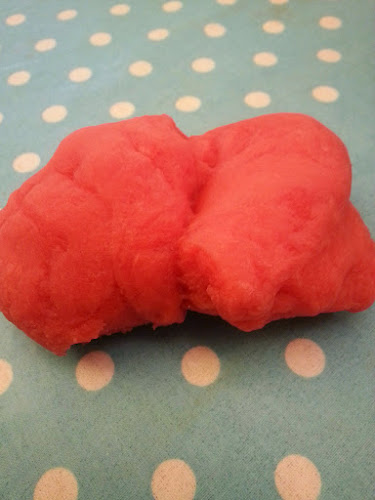 It was easy to make, just put everything in a pan and mix over a medium heat until it forms a ball then cool it down, and it made a suitably squishy dough. 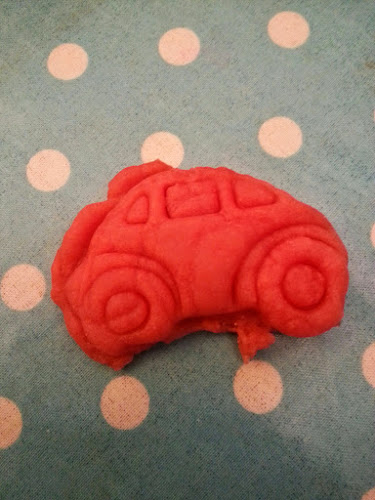 Fraser and his friend Batman had plenty fun with it, and it didn't result in any itchy hands. 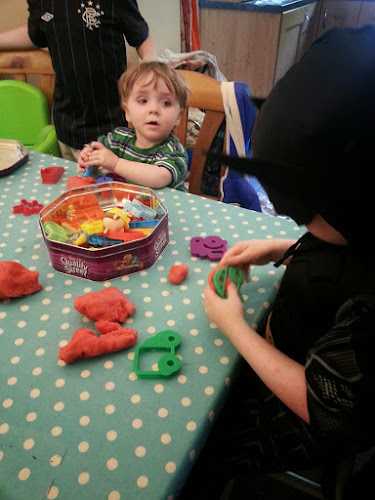 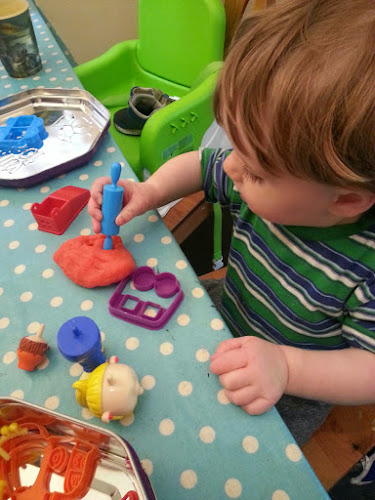 Because it's gluten free it doesn't have quite the same stretch as a Playdough made with wheat flour, but that doesn't stop it from being fun to play with, as you can see above!
The only thing I wasn't so keen on with this recipe was that it does leave a sort of coating on your hands after playing with it for a while.
So I tried out another recipe, and added some mint essence to it as it seemed to suit such a white dough. 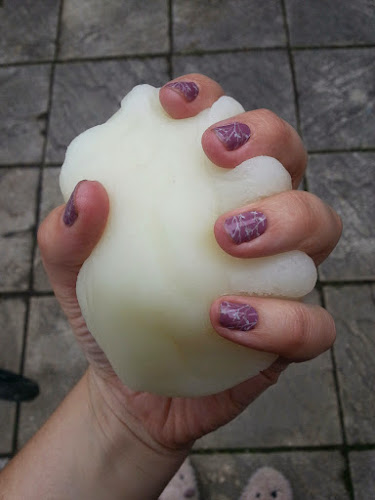 Again, add everything to a pan and mix together over a medium heat until it comes together in a ball. It won't take long!

This one was our favourite of the two. It is softer and squishier than the other one. The mint seems to make it even more tactile, and a bit more tempting to little tastebuds - although one lick of the salty dough soon puts a stop to that!

Keep the dough wrapped in cling film or an airtight tub when not being used and it is supposed to last for weeks.

It's been just the thing for keeping little hands entertained in this horribly rainy weather!

Email ThisBlogThis!Share to TwitterShare to FacebookShare to Pinterest
Labels: make it monday