A celebration of all things Scottish

Tonight is officially Burns' night but my husband's sister held her annual, and much looked forward to, Burns' Supper on Saturday.

Hers is not so much a celebration of the man and his works (although it always contains a rendition of his Ode to a Haggis as well as a few of his songs) but more of an excuse to don our kilts, enjoy some good food and get together to enjoy all that we do about being Scottish really!


At a traditional Burns' Supper the haggis is usually piped in. Since we have no piper, but one in training, it was 'chantered' in instead! 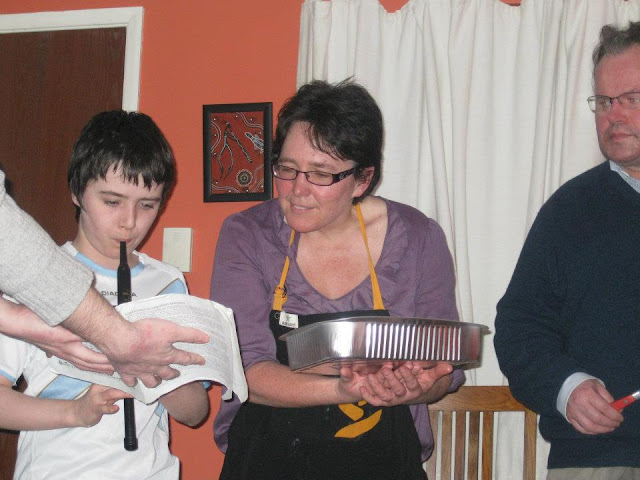 The man on the right was waiting to recite Burns' 'Ode to a Haggis'. 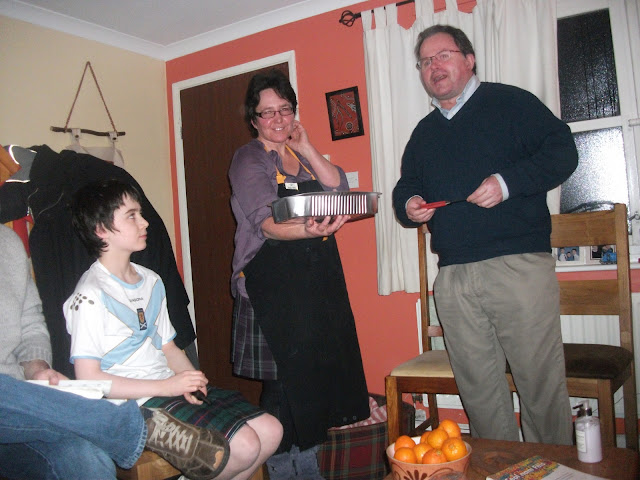 Here is the delight itself, along with the obligatory neeps and tatties. 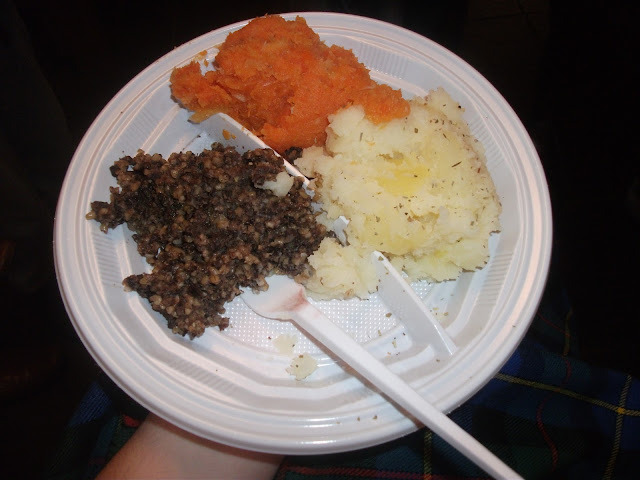 I should add that haggis is so popular in our house that we don't just eat it on Burn's night as some people do, but have it at least once a month! 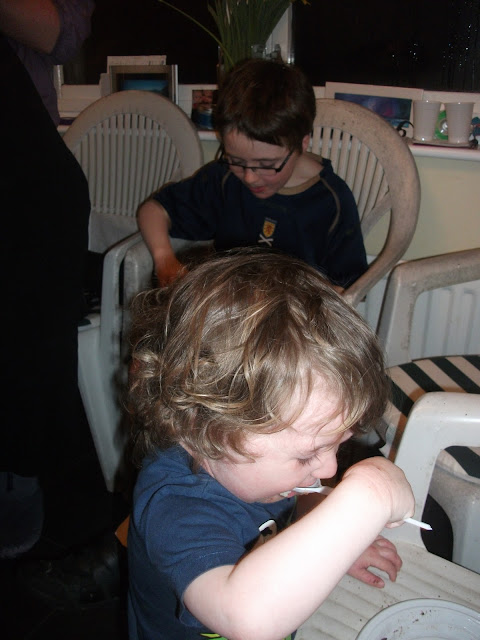 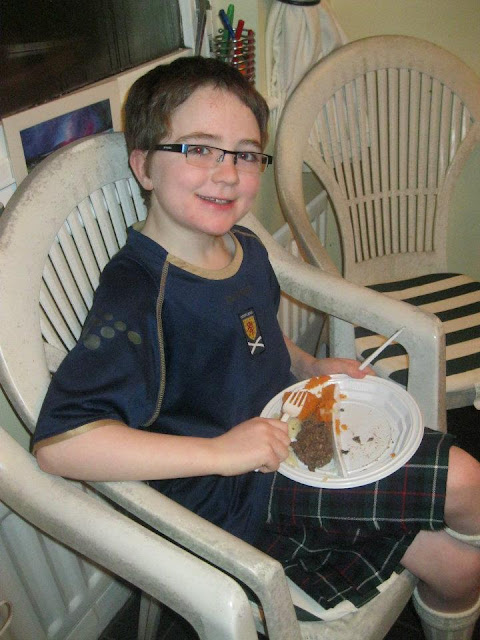 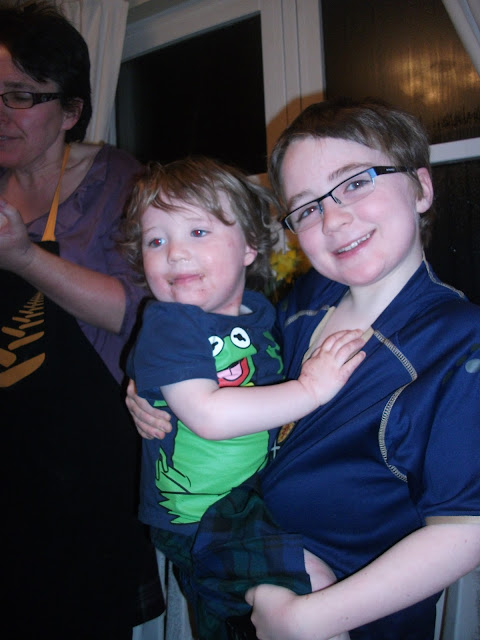 After the haggis it was time for the cakes! 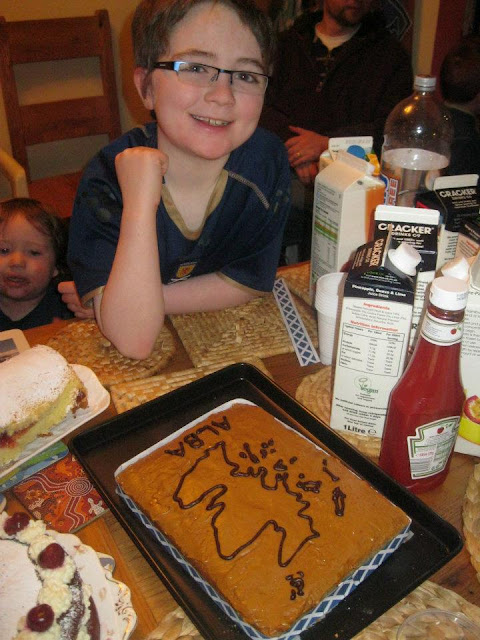 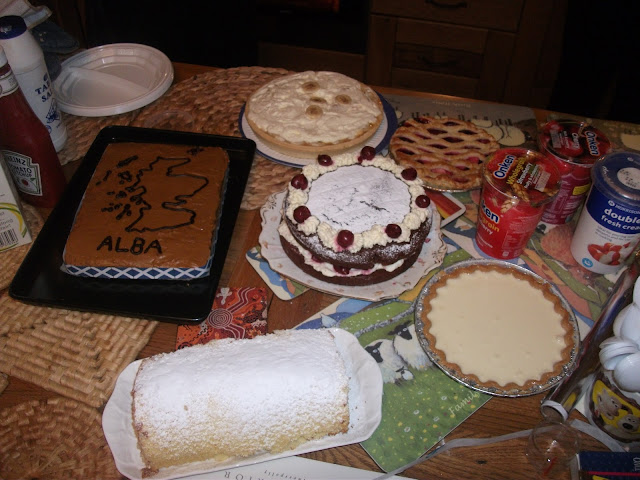 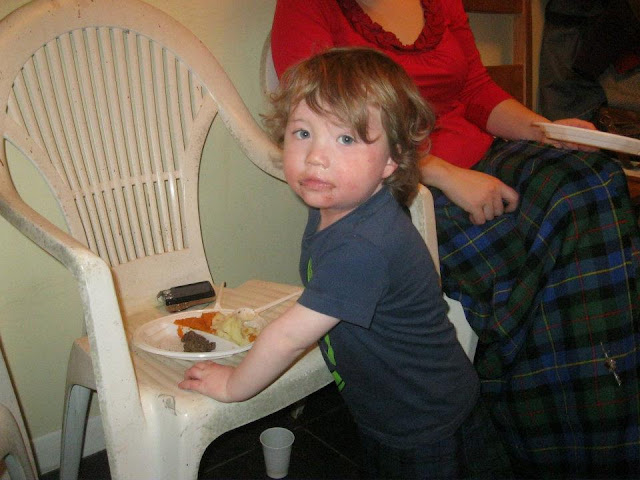 The only two photos I have of me on the night are the ones above and below!

You get to appreciate my lovely kilt though! The tartan is a Macleod one (my mother's maiden name) and the kilt-pin you can just see in the top photo belonged to my dad's mum. 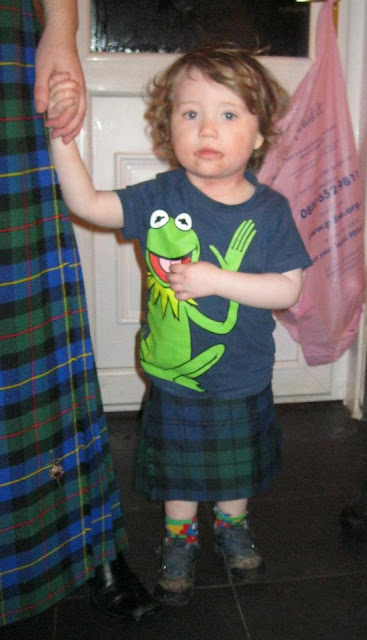 Monster socks and a kermit t-shirt finish off a little boys' kilt so well, don't you think? :0)

The bigger boys set their kilts off nicely with their Scotland football strips, and are joined in this photo by one of the other boys who were at the Supper. 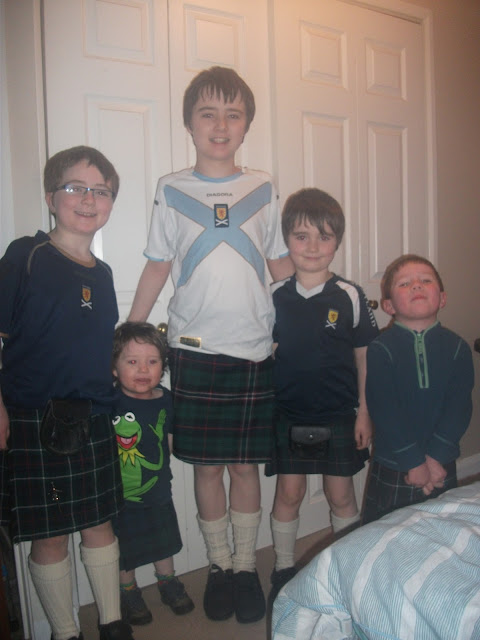 And, no a boy's kilt is not supposed to be quite as far above the knee as David's is! He's just taken a bit of a growth spurt!

After all the food, it is time for the music to start. 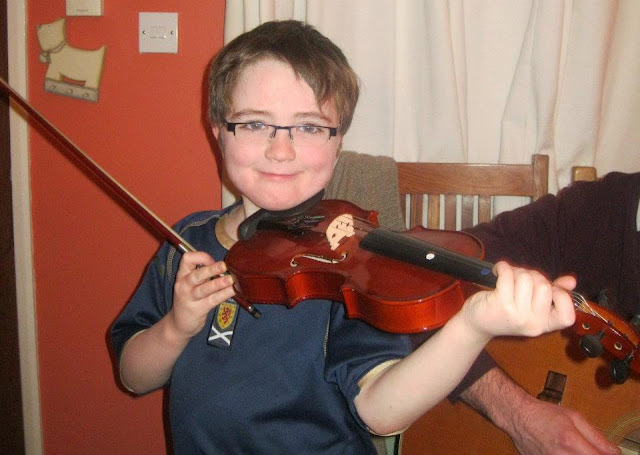 Calum kicked things off with a couple of Gaelic tunes on his fiddle, and then we all had a good sing song of traditional Scottish songs - most of which seem to be about death, bleakness, slaughter etc but then I guess that is our history!

There were some cheerier offerings too, like the popular Mairi's Wedding, Scotland the Brave and Wild Purple Heather.

Then the whole evening ended with a Scottish quiz. My team was cruelly beaten by one point, but since my oldest two boys were in that team I didn't mind so much!

Instead of finishing off with some Gaelic tonight, let's have a bit of Scots instead. The first verse of Ode to a Haggis.

Fair fa’ your honest, sonsie face,Great Chieftan o’ the Puddin-race!Aboon them a’ ye tak your place,Painch, tripe, or thairm:Weel are ye wordy of a graceAs lang’s my arm

If you want to read the rest (and it was all recited by memory by the man at our Supper) you can find it here.