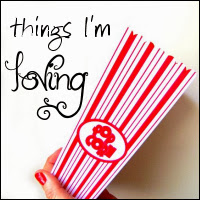 It's been quite a while since I joined in with Things I'm Loving posts over at Meghan's lovely MandMs Adventures blog. Too long really.

So here are a few of the things I was loving in our house this week.

One of the presents the birthday boy received was this very cool Marvel Monopoly game. 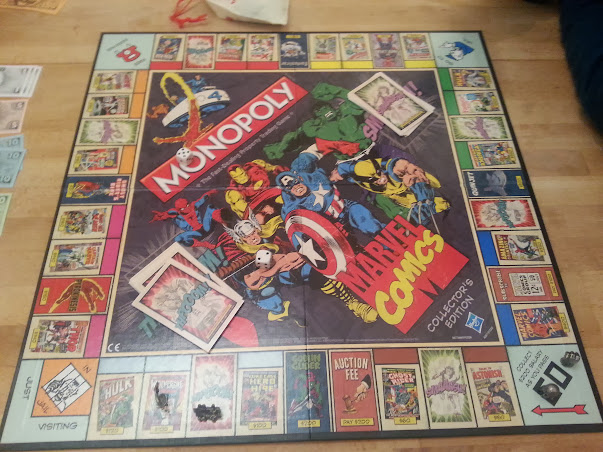 The three oldest boys were loving it so much that they had a game going on for three days! When David (8) had to go to football training this afternoon his cousin took over his position! 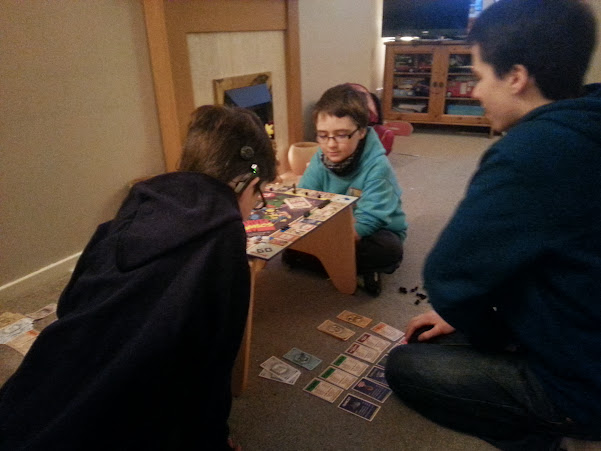 I love the way this cute little man sits himself down in various places to 'read' books. Here he is in Fraser's car seat. 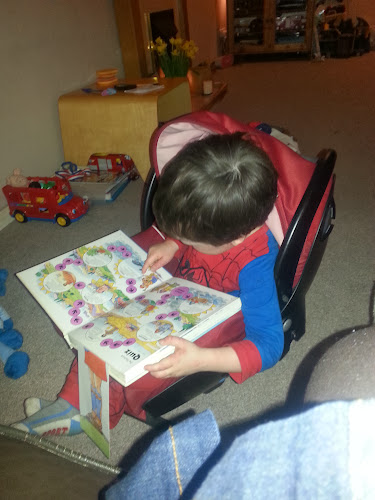 We enjoyed seeing my dad briefly this week as he was down for some meetings. It gave me an excuse to make this retro pudding that my mum used to make when we were wee. 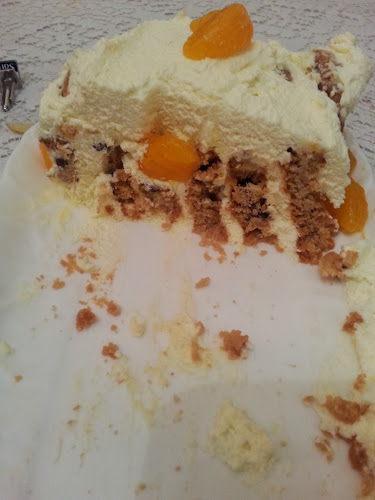 I'm not really loving all the hospital appointments just now - dermatology last week for Alasdair & Fraser, dermatology again this week for Fraser and then allergy clinic for Calum (11) - however, I am thankful that we have a good hospital and specialists nearby.
So even though we had a LONG morning at the allergy clinic this week.... 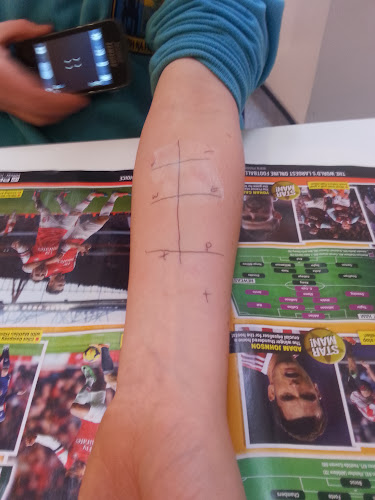 ... I did manage to squeeze in a bit of crochet on my mood blanket while we were there. Once Fraser had gone to sleep that is! 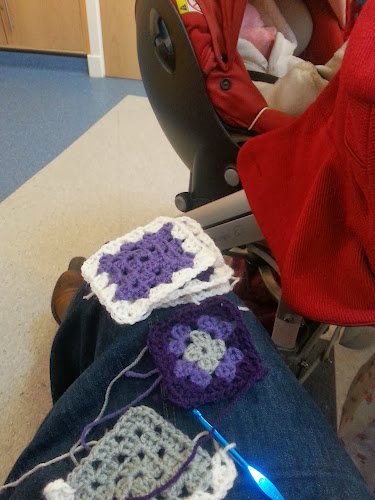 Alasdair (4) loved these big Valentines teddies we saw at the supermarket this week. 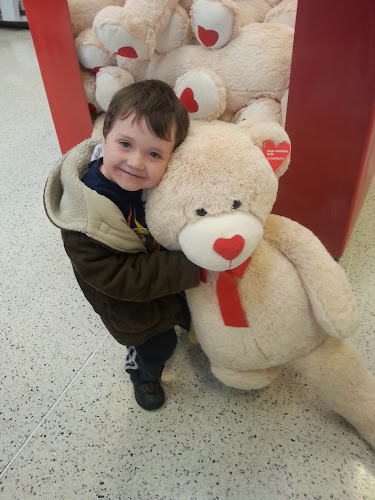 Finally, the boys dug out their kilts for the Burns supper at Boys' Brigade tonight. They have all grown out of their previous size and into the next boy up's. Calum now has James' old one and David has Calum's. James tried on my hubs' kilt but it's still just a tiny bit loose in the waist. It almost fits though!
Calum and David were very proud to be wearing their 'new' kilts... 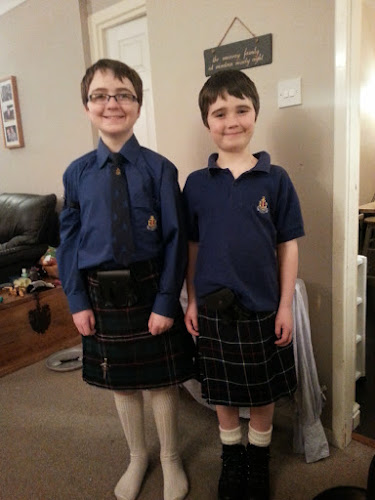 ...and because the other boys had their kilts out, Alasdair wanted to wear his too... 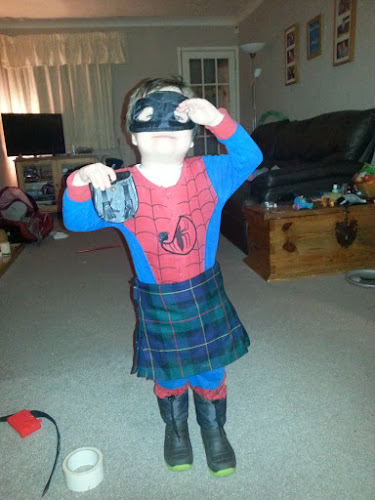 ....over his Jammies, with his new snow boots and a super hero mask too. What else?!

Have a great weekend!